Painted Into a Corner

After a month of pain gold traders got some relief thanks to a dovish Fed.   The price hasn’t moved enough to have a big impact but it’s nice to see a bit of green on the screen.  The next US payroll report will define market sentiment for the balance of the spring.  Fed chief Yellen basically said there would be no April rate hike and the wage gains, or lack thereof, in the next payroll report should decide if the first rate increase comes in June or not until autumn.

So far there hasn’t been much of a financing window for the juniors this year.  After good activity in January thing have cooled and there are few placements getting announced.   That could change if the next payroll report gives gold another boost.

Earnings season starts in a week and it looks like this will be a weak one.  There aren’t a lot of reasons for New York markets to move higher.  The US Dollar is holding most of its gains which will generate more margin contraction for S&P companies.

With so much negativity a rate increase may be anticlimactic for the gold sector.  If the Fed holds back and Greece doesn’t get booted out of the EU there would be room for a Euro rally that would carry gold higher with it.  The short position on the Euro is massive and a violent move higher is quite possible.  That gives us the best chance for a funding season that will give us news flow through the middle of the year.  Stay tuned.

The latest Fed meeting had even more impact than normal.  That’s saying something in an era where traders hang on every word from the FOMC and count every comma and semi colon in each Fed announcement.  That is not a healthy situation but it’s the era we’re in.

When I talk to some of you at conferences I tend to get two reactions to my editorial content.  The more “old school” among you want to just hear about companies and aren't interested in the macro stuff.  I get that.  Most days I would rather be focused on new developments and exploration news from new projects.

Whether we like it or not however the “macro stuff” colours everything in the market.  It layers an overarching trend on everything.  It determines how the market will respond to news even at a micro scale. For the record, most of you get that and want to keep hearing about my macro views.  That’s good because I feel compelled to keep talking about it.  I’m not ignoring companies.  I just don’t see a point in adding names to the HRA list indiscriminately when the market isn’t giving us an assist.  I have added a new company this issue.  A good development story that I think the macro trends will favor as it approaches production.

You have to give Fed Chair Yellen credit.   She did a masterful job of threading the lexicological needle on this one.   She removed the word “patient” from her rate increase projections.  That was necessary for credibility reasons as everyone expected it and the market had already priced it in.   At the same time she made it abundantly clear that she was in no hurry. 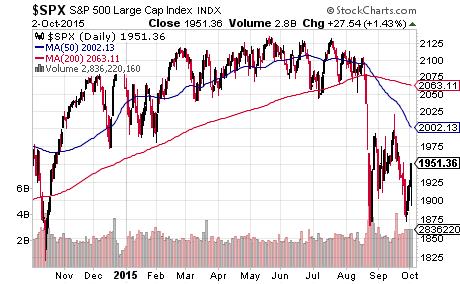 Yellen and Co moved back to their “data dependent” stance.  Remember, this was a quarterly meeting that included a press conference and the release of forward looking growth, inflation and interest rate estimates by individual Fed board members.

I wasn’t surprised by the change in Yellen’s stance.  I’ve been saying for a couple of months that US economic readings were painting the Fed into a corner whether they chose to acknowledge it or not.  Yellen did choose to.  She did a great job of sounding upbeat while making it clear she’s not ready to pull the trigger yet.

The message was reinforced by the release of board member estimates that show they have lowered their growth and inflation expectations.  The scatter plot of the expected Fed Funds Rate was less conclusive but implies most Fed board members aren’t expecting to raise rates before autumn.

With all the positioning prior to the Fed meeting the impact of Yellen’s perceived dovishness was immediate and dramatic.   The graphs on the previous page show the impact on the USD and gold.  Clearly, many traders got caught flat footed.  The down spike on the USD chart the day of the meeting looks like pure panic by a large trader.

As I’ve noted for a couple of months the positioning on the currency markets is so one sided that moves like this can be expected.  Traders are hugely long Dollar and short Euro so there is still lots of room for high volatility reactions.

Things were more muted on the gold market but it was still an impressive turn.  It’s too early to say we’re out of the woods but the second bottom in the $1140 range is a relief.  Note the USD/gold correlation on the bottom of the gold chart.  It is still pretty negative even after the Fed meeting. Gold gained a little strength against the USD but, basically, we’re still pinning our hopes on a weaker Dollar unless the correlation shifts to neutral or positive.

Show Them The Money Already.

The reason for Yellen’s caution is displayed on two charts below.  Again, something I’ve been talking about for a while but important to understand.  The top chart shows changes in wages for “non-supervisory personnel” in the US—which makes up about 80% of the workforce. 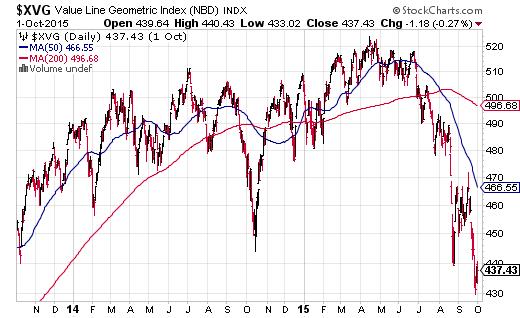 You can see a move down since the Great Recession and, more ominously, a drop to near zero in the past few months.  This could be a blip—this average bounces around a lot—but I think we are seeing the impact of growing cutbacks in the oil and gas sector. Non-supervisory jobs in the oil patch pay much higher rates than other industries for workers with similar skill sets.  It explains wages going in the opposite direction to the unemployment rate which Wall St (and I guess the Fed) didn't see coming. 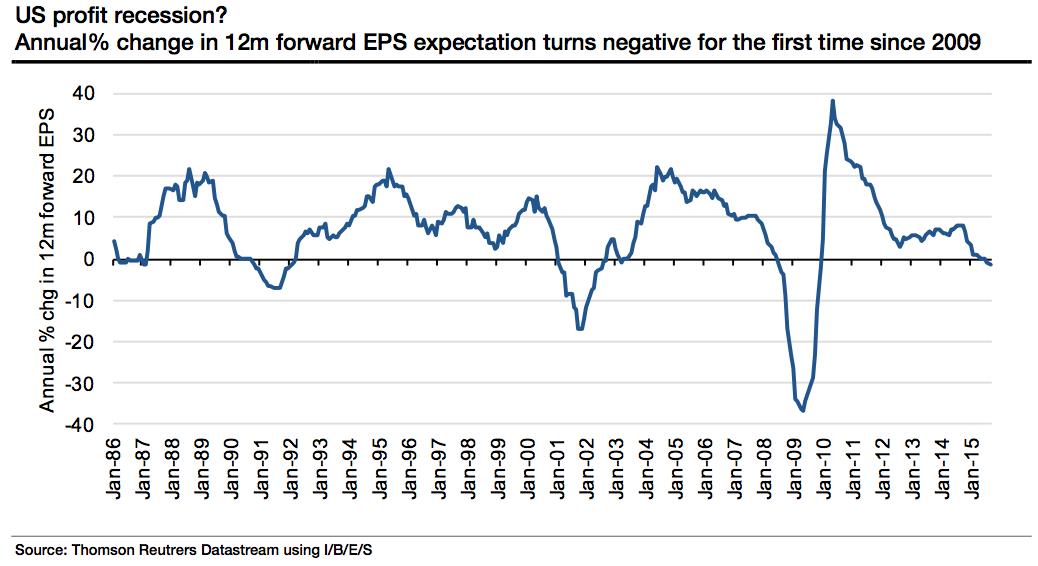 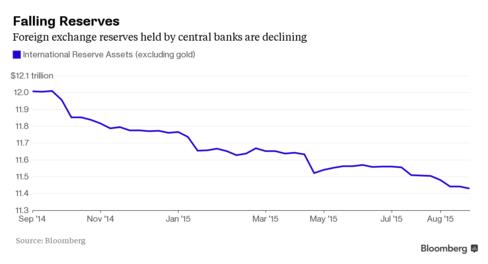 My reasons for adding some caution lately based on those income trends is summed up in the chart above. It shows the correlation between wage gains and consumer spending for the last several decades.  There is normally a moderate positive correlation, which is common sense.  Consumers get paid more, they spend more.

The biggest anomaly is the period prior to the financial crisis.  Consumer spending gained strongly in the 2002-2007 period. A lot of that spending came from increased borrowing not increased income which is why the income/spending correlation is so low.

Fast forward to the current period and we see another anomaly—the correlation between wage gains and consumer spending is the highest in 50 years.  The reason again seems to be the Great Recession.  Coming out of a debt driven financial crisis US consumers are proving unwilling (so far) to pile on debt. Probably a wise move but one that caps increases in consumer spending growth to wage gains. Not good news for the accelerating growth narrative beloved by Wall St.

With oil prices likely to stay low for some time and the Dollar strong the Fed won’t get much help on the inflation front.   If the start of rate increases gets pulled forward again it will be because wage gains start to accelerate.  That will be the number to watch for the next few months.

Traders were thrilled by Yellen’s dovish stance.   Most of the world’s major bourses are at or near record levels again and NASDAQ is partying like its 1999.  European stocks have been attracting a lot of money from traders that view it as the next “QE winner”.  Traders in New York are optimistic though they have found something new to worry about—the strong US currency.

Again, this is something I’ve talked about for a couple of months.  The small pullback in the USD post-Fed may deal with the issue in the minds of traders but worries were growing before the meeting.

The graphic above shows the percentage of revenues and profits for S&P 500 companies from different regions as calculated by Deutsche Bank. 31% of revenues and 40% of profits come from foreign sales with Europe and developing countries the most important contributors.  A 10% increase in the Dollar Index, about what we’ve seen since the start of the year, knocks 2.5% off profits for the S&P.

The USD pullback we are seeing now helps but traders see a stronger Dollar as a problem delayed not one solved.  Most expect the Euro to fall below par with the USD before the year is over.

It could happen but only if the Fed actually raises rates once or twice before year end.  The ECB wants the Euro to fall but EU economic readings continue to improve and consumer sentiment is at a seven year high.  The biggest wildcard near term is Greece.  Negotiations with the EU continue but time is short.  If that situation blows up we may see the Euro at par. What happens to gold prices depends on how unruly the exit is.  If it’s a mess gold could gain on geopolitical uncertainty. Not my favorite reason but I’d take it.

It seems unlikely we won’t see a US rate increase this year but who knows? I think near term readings like Q1 US growth will be weak.  If the next payroll report doesn’t show wages rising concern about the economy could outweigh relief about delayed rate increases.  That combination should certainly weaken the Dollar more.

A weaker USD mitigates a lot of risks.  We may get it at least in the near term.  Gains as steep as the Dollar just saw tend to end in large corrections.  Gold needs to get above $1220-1230 and stay there to reopen the financing window.  That is the first requirement for an active exploration season and a shot at new discoveries. The year could yet be salvaged if that happens.